We are happy to announce that Hubs now supports LOD! This feature allows richer, more performant, and more efficient model rendering in Hubs.

In computer graphics, level of detail (LOD) refers to the complexity of a 3D model representation. LOD can be decreased as the model moves away from the viewer or according to other metrics such as object importance, viewpoint-relative speed or position. LOD techniques increase the efficiency of rendering by decreasing the workload on graphics pipeline stages, usually vertex transformations. The reduced visual quality of the model is often unnoticed because of the small effect on object appearance when distant or moving fast.

In short, the LOD technique is an efficient rendering technique by rendering simpler versions of models for distant objects.

Below is a LOD demo video recorded in Hubs. You will notice the model switches to simpler versions as the player moves further away from it.

An asset supporting LOD includes several LOD levels of a model. Progressively loading LODs can save network usage. For example, we can start by loading the smallest version of the asset and then downloading the more demanding version of the model as the camera gets closer to the object. Progressive loading ensures that higher-cost versions of the asset are never downloaded unless the player gets close.

You will get the following benefits from LOD + Progressive loading.

A benefit derived from the above is that LOD allows richer content. Currently scene authors may be hesitant to put many high quality models in a scene because they can cause negative impact for runtime performance, response time, and network usage. The efficiency gained by using LOD techniques can mitigate this negative impact.

Hubs supports glTF, which is a standard 3D file format. If you are familiar with the glTF format, you may assume having a single bundled glb should be avoided to exploit the progressive loading. This is not the case.
Binary container format of glTF, called glb, enables a glTF asset, including JSON, mesh data, and texture images to be stored in a single glb file. Bundled glb files are easy to import to applications because they don’t need to care about archive files.

The core glTF specification doesn’t support LOD. How can LOD be represented in glTF?  glTF has an extensibility mechanism that extends the base glTF model format.

Microsoft proposed a LOD extension MSFT_lod as a vendor extension that allows LOD in glTF node or material. Hubs supports this extension because it provides better portability for assets than making Hubs-specific LOD components.

So how can you create assets with LOD and export as glTF?
Unfortunately there are no major asset authoring tools that support the MSFT_lod extension, so I have made two tools for this purpose.

Blender Add-On
Blender is one of the most popular computer graphics software and you can create 3D assets with it. Blender doesn’t natively support glTF format but it has an extensibility mechanism called addons and the glTF import/export addon is installed by default.

Implementation for LOD in Hubs Client

LOD support
Hubs Client (Hubs web application page) is built on the top of Three.js, which is one of the most popular JavaScript + WebGL 3D graphics engines.  Three.js has a THREE.LOD class that manages LOD.  glTF assets having the MSFT_lod extension need to be imported as THREE.LOD objects in Hubs Client.

Because of some reasons the HTTP range requests support in Hubs Client is still an experimental feature and it is hidden behind a flag right now.

It is disabled by default. To enable it you need to add “rangerequests” query string to the Hubs URL. 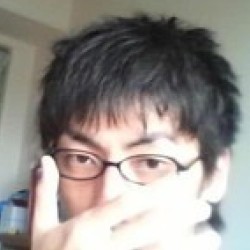 public – 2 min read
In the past few months, we have seen an increasing number of people and groups forking Mozilla Hubs, making modifications…
Jun 1, 2022
Matt Cool